How it works is simple: you pass a raw_monero_tx file (a monero transaction created by monero-wallet-cli) to this script as an argument and it will submit this transaction to a monerod, tor onion node via the Tor network. Your real IP address will be concealed from the remote monerod. The real IP address of the remote monerod will be concealed from you. Any computers passively monitoring your connection will not be able to tell which computer you are connecting to and what data you’re sending.

Make sure you have installed Tor before attempting to use this script.

If you use the default tor settings, this script should connect to your local tor node without issue.

You should inspect and if necessary edit the USER CONFIG variables in this script before using it.

This script should work on every GNU/Linux system. I expect it will work on Mac OS X & even Windows 10 if you install their linuxy compatibility stuff.

To use the script: 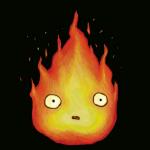